Current loop as a Magnetic Dipole

Ampere found that the distribution of magnetic lines of force around a finite current-carrying solenoid is similar to that produced by a bar magnet. This is evident from the fact that a compass needle when moved around these two bodies shows similar deflections. After noting the close resemblance between these two, Ampere demonstrated that a simple current loop behaves like a bar magnet and put forward that all the magnetic phenomena are due to circulating electric current. This is Ampere’s hypothesis.

We consider a circular coil carrying current I. When seen from above current flows in the anti-clockwise direction.

Atoms as a Magnetic Dipole 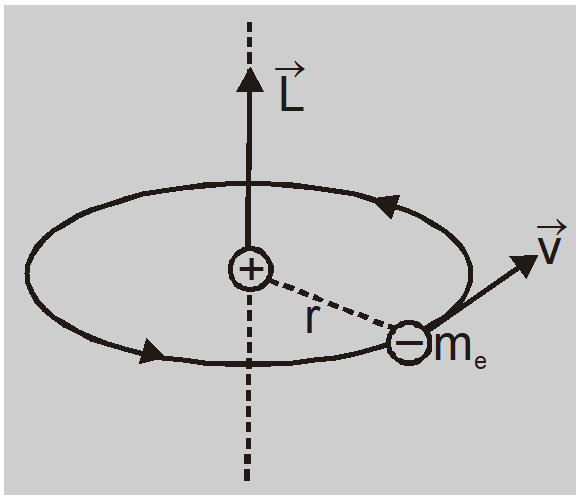 The direction of magnetic dipole moment vector is opposite to angular momentum vector.

is called Bohr Magneton. This is natural unit of magnetic moment.

About eSaral At eSaral we are offering a complete platform for IIT-JEE & NEET preparation. The main mission behind eSaral is to provide education to each and every student in India by eliminating the Geographic and Economic factors, as a nation’s progress and development depends on the availability of quality education to each and every one. With the blend of education & technology, eSaral team made the learning personalized & adaptive for everyone.