(a) Where should a pin be placed on the axis so that its image is formed at the same place?

(b) If the concave part is filled with water (refractive index $=4 / 3$ ) Find the distance through which the pin should be moved so that the image of the pin again coincides with the pin. 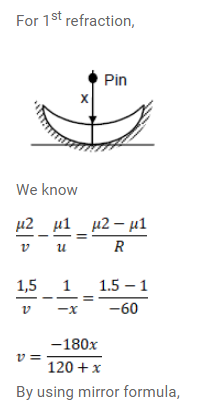